What to see in Side

Looking for what to see in Side? The resort has a lot to offer. But we recommend everyone to visit these attractions 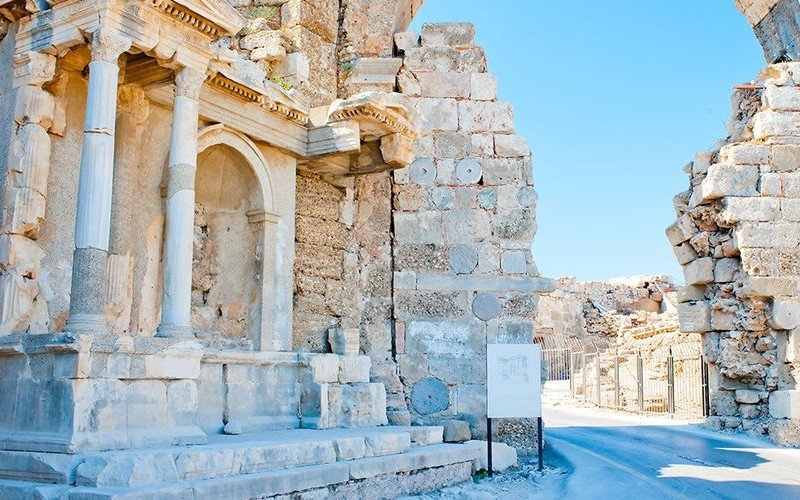 Side is a beautiful historic city. There are many ancient monuments here that attract the attention of travelers from all over the world. For example, the Temple of Apollo and Athena. Five majestic columns, which have survived from the 2nd century BC, create an antique picture against the backdrop of the sea

Not far from the temple there is an amphitheater, where gladiator fights with wild animals were held hundreds of years ago. The first tier of stands, a stage and several statues that adorn the arena have survived. Side also preserved the city walls that protected the city from enemy attacks. They have been reconstructed more than once, so now you can see individual buildings from different eras here. Be sure to walk up to the arched gate, which is over 2,000 years old. They rise to 6 meters in height and are considered the main ones in the city.

Column Avenue, built of white stone, stretches from them to the shopping area. Visit the archaeological museum, which contains hundreds of elements of Roman baths, an amphitheater, weapons and various household items. In the era of the Roman Empire, its own water supply system already existed. The city was supplied with water by an ancient Roman aqueduct, about 30 km long. Now the object is also under protection, but you can see it.

The city has preserved the beautiful Nymphaeum fountain, decorated with frescoes, sculptural compositions and several picturesque niches. This architectural structure had three levels, a length of 35 meters, and towered five meters. Another ancient architectural masterpiece is the Aspendos Bridge, which is built of stone and includes five large arches.

If you are looking for what to see in Side from natural attractions, then this waterfall Manavgat is an ideal place for a quiet outdoor recreation. If you have time, do not be limited to just one city. We invite you to the wonderful world of Turkey with excursions from Side. Choose your route, and we will add bright colors, impressions and good mood to it.