The Side Dolphin Show is a great opportunity to spend an unforgettable evening with the family at an exciting show. All the children are delighted with such a performance! You will be able to swim with dolphins and get stunning photos.

Side Dolphin Show What you have to know

Check with the operator online

pass ticket to the dolphinarium, hotel transfers and insurance 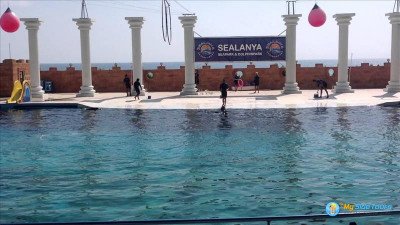 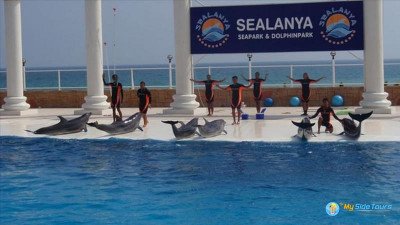 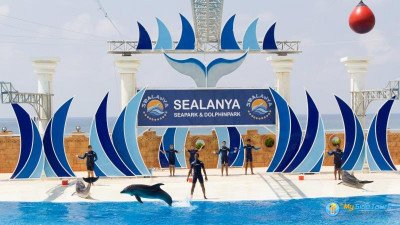 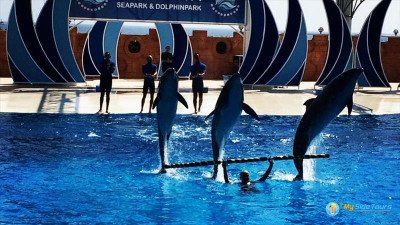 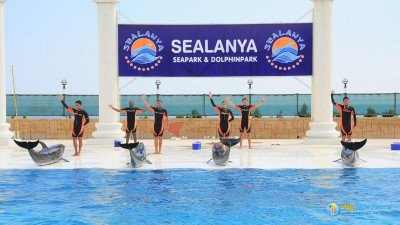 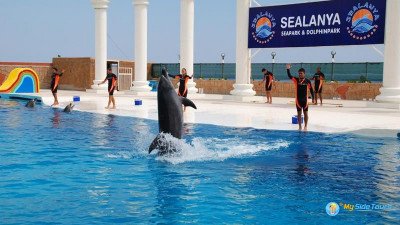 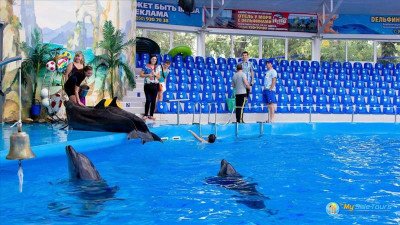 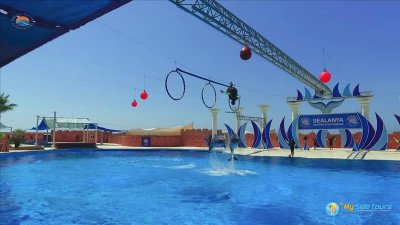 Why should you buy Side Dolphin Show

The Side Dolphin Show tour includes a transfer to the place where this exciting show will take place, a ticket for it, and then you will be taken back to your hotels

Please rate the trip
The trip fee is paid on the day of the tour
Send a request, we will confirm in minutes 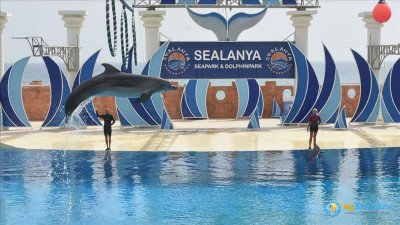 The trip Side Dolphin Show to Sealanya Dolphinarium will take about two hours. However, it is worth overcoming this path in order to enjoy an unforgettable show with marine life. The dolphin park itself is located next to the Turkish resort - Alanya. Excursion Dolphinarium in Side is very inexpensive. In the show, you will see not only good-natured dolphins, but also fur seals and lions. Marine life will perform various tricks, frolic in clear water, dance, play with a ball and jump over a hoop. They can even sing along with their coach.

Dolphin therapy is also in demand in Sealanya. After the show with the dolphins, you can chat, play with them and even swim. It is worth buying tickets to communicate with friendly marine life in advance and discuss all the details with the administrators of the dolphinarium. Otherwise, you will get tired of standing in line for dolphin therapy, as many people want to communicate better with them. After the show, you can take a photo with a dolphin for a fee. From Side you can also go to dolphinarium in Antalya from our company at a low price.

Excursion Dolphinarium in Side includes the following program:

The Sealanya complex is stretched over the audience with a special awning. However, it is worth bringing a hat and sunglasses with you. Front row viewers may be exposed to water, so take a change of clothing or wear waterproof clothing. It is worth handling the equipment carefully during the performance, keep it away from liquids. After all, during a performance, animals can get on you and your equipment if you are sitting in the front rows. Everyone will be delighted with the show in the dolphinarium, because such a performance returns you to the world of childhood, and these cute creatures cheer up children. Don't miss this opportunity!